Although there are plenty of tours from Edinburgh on offer, getting around many parts of the country on your own is very easy. So take a day trip from Edinburgh and explore the best of Scotland.

The city of Stirling, is strategically placed between Glasgow and Edinburgh and is often considered as the gateway to the Scottish Highlands.

Getting to Stirling from Edinburgh

There are frequent buses from Edinburgh Bus Station to Stirling – journey time is around one hour 30 minutes. If you prefer the train – journey time from Edinburgh Waverley to Stirling is less than an hour for most trains. The town centre and the majority of historic attractions are within a few minutes’ walk. If you’re heading for Bannockburn it’s about three miles, the Wallace Monument is slightly less than that. There are plenty of local buses or taxis if you don’t fancy the walk.

What to see in Stirling

The modern bustling (lower) town centre is popular with both locals and the many thousands of people who visit each year. There are plenty of pubs, restaurants, shops and a number of hotels and guest houses if you want to stay a bit longer in this fascinating city.

It’s the Old Town, known locally as the Top of the Town, much of it medieval in origin, that draws the visitors. The star attraction is the spectacular Stirling Castle, it’s not the original, accurate dating of that is difficult; however, records show the endowment of a castle chapel by Alexander I between 1107 and 1115. King David I granted Stirling Royal Burgh status in 1124.

Church of the Holy Rude

There are also a number of important buildings clustered around the castle which are well worth visiting. Top of many lists is the Church of the Holy Rude, Stirling’s original parish church used for the coronation of James VI. Today the building is still a fully functioning place of worship with a Church of Scotland congregation. It remains, alongside Westminster Abbey in London, the only church still in active use, to have hosted a coronation.

Worth exploring are the remains of Mar’s Wark which face Broad Street, so named because during the early 18th century Stirling council had plans to turn the building into a workhouse. Originally the building belonged to the Earl of Mar, Guardian of the young James VI.

Originally built by wealthy Stirling merchant and Dean of the Merchant Guild John Cowane as an alms house, the building has over the years been used for a variety of purposes.

At the foot of Broad Street is Darnley’s House thought to be the place where Lord Darnley stayed when visiting Mary Queen of Scots.

Argyll’s Lodging, a splendid 17th century townhouse, which lies just below the castle esplanade, is managed by Historic Environment Scotland. The oldest part of the present house dates to around the middle of the 16th century. However, the house lay empty until bought by the 9th Earl of Argyll whose main residence was in Inveraray.

The Wallace Monument stands proudly on top of the Abbey Craig, a rocky crag which lies close to the city of Stirling.  It overlooks the site of the Battle of Stirling Bridge where in 1297 the army of William Wallace and Andrew Moray defeated the forces of England’s king, Edward I. An exhibition in the Hall of Arms tells that story. The Hall of Heroes, where Wallace’s sword is the centrepiece, tells the story of Wallace’s life and his role as Guardian of Scotland during the Wars of Independence.

The view from the Crown at the top is simply stunning (on a nice day).  If you’re lucky you can see as far as Ben Lomond and the Trossachs in the west and Stirling Castle and the Ochil Hills to the east.

This impressive centre tells the story of the Scottish victory over the English at the Battle of Bannockburn in 1314. By using 3D technology visitors can, “Stand shoulder to shoulder with medieval warriors and armoured knights while learning about the tactics of two opposing kings in a truly immersive experience.”

Stirling Smith Art Gallery and Museum, which alongside its frequently changing exhibitions, offers visitors a detailed glimpse into Stirling’s often turbulent story, from prehistoric times to the present day.

Stirling’s Visit Scotland tourist information centre is located at the Old Town Jail in St John’s Street and has information about all of Stirling’s visitor attractions. Alternatively check out their website for details of all the places mentioned here.

What to see and do outside Edinburgh 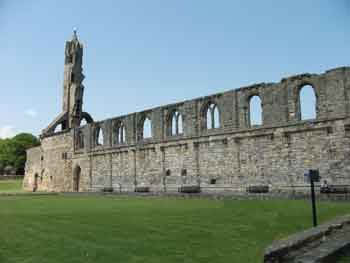