You are here: Home / Melrose Abbey: abbey in Scotland

Melrose Abbey, dedicated to the Virgin Mary, is one of the great Border abbeys, established in 1136 by King David I who brought the Cistercian monks from their Yorkshire home of Rievaulx to the banks of the River Tweed.

The Abbey described by Historic Environment Scotland as a, “Beautiful rose-stoned building” is situated in the small Scottish Borders town of Melrose which lies around 39 miles south of Edinburgh.

There was however a much older monastic presence at Melrose, one established by St Aidan, c. 660 AD with monks from St Columba’s church on Iona.  St Aidan, later prior of Lindisfarne, was followed by St Cuthbert as prior. This original church, built at Old Melrose around two miles downriver from today’s site, was destroyed in 839 by Kenneth I.

Although only a small piece of David’s original church survives some of the later construction remains remarkably intact. Among the best-preserved sections are the presbytery on the eastern side, the monks’ choir and transepts and parts of the nave.

On the northern end of the abbey precinct lies the Commendator’s house (Abbot’s house) and today functions as a small museum. The Commendator (appointed abbot) was a post held from 1541, the first incumbent was James Stewart, the eldest son of King James V who held the post until 1557.

There are also a number of more delicate treasures still to be admired, described by Historic Environment Scotland as, “Some of the most beguiling sculpture found on any medieval church building – including demons and hobgoblins, lute playing angels, cooks with ladles and of course the famous bagpipe playing pig.”

Almost all of what can be seen today dates to the post 1385 period when much of the abbey was destroyed by King Richard II of England. Of the remains, the Gothic church forms the central feature.

Such a richly endowed and powerful abbey like Melrose, set so close to the border with England, had long attracted unwanted attention.  Edward I in 1300 and 1307 caused major damage as did Edward II in 1322 and the Earl of Hertford during Henry VIII’s ‘Rough Wooing’ period in the 1540s.

Within the abbey walls lie the tomb of King Alexander II and the heart of Robert the Bruce whose body was buried in Dunfermline Abbey.

Following the Reformation of 1560, few monks remained, the buildings fell into disrepair and the abbey lands were sold.  The last monk Dan Jo Watson died in 1590.

For further information on booking tickets, admission times and help planning your visit, go to the Melrose Abbey website.

More abbeys of Scotland to explore 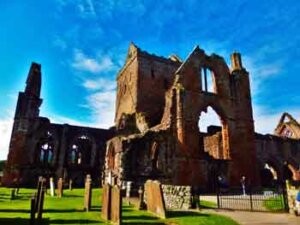 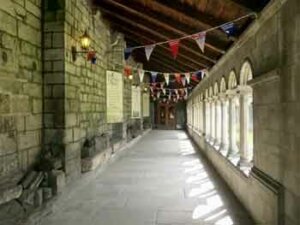 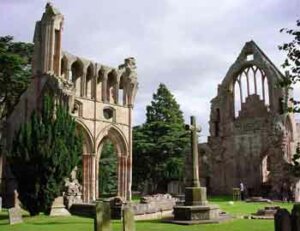 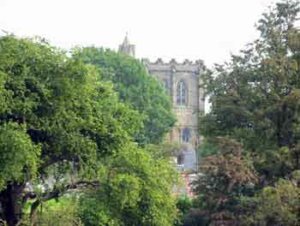