Founded by St Columba in AD563, Iona Abbey has been at the centre of Scotland’s religious life. 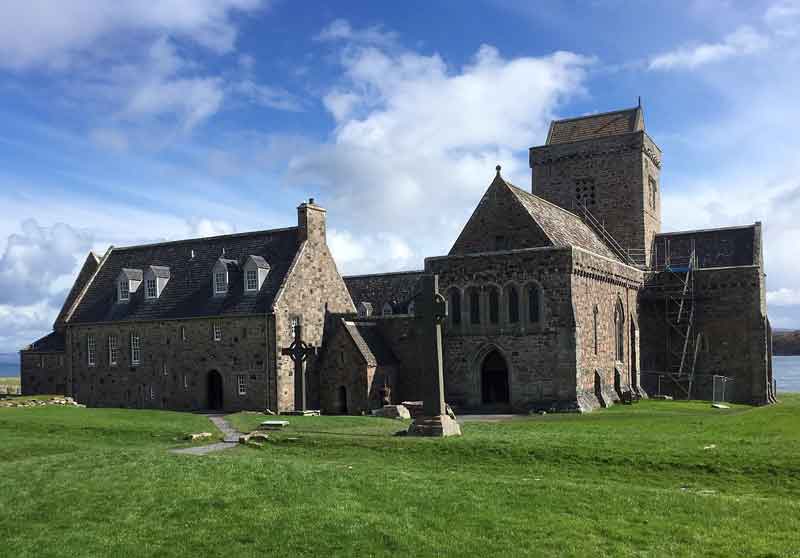 In 563, Columba and twelve followers arrived on the Isle of Iona – not in the Scotland we understand today but in the Gaelic kingdom of Dalriada which occupied much of modern Argyll and parts of Northern Ireland. There he founded a monastery which became the mother church of Celtic Christianity in Scotland. We know it today as Iona Abbey.

We can turn to Adomnán, ninth Abbott of Iona from 679 – 704 and author of the Life of Columba, for an indication of what Columba’s monastery was like. While he hasn’t left a comprehensive picture of the building he mentions enough detail to allow a mental picture of what life was like.

He refers to a church with a side-chamber or chapel, sleeping cubicles for the monks and a communal space which could have been used for the preparation and consumption of food.

It seems Columba had two ‘buildings’ for himself, the first “for his couch, the bare rock, and for his pillow a stone.” The second was his writing space. All this was enclosed by a vallum or earthen rampart, traces of which are still visible today, particularly if seen from the air.

There is considerable evidence, in the shape of carved crosses, of the generosity of the monastery’s wealthy patrons particularly from the eighth and ninth centuries. Indeed Iona offers a scattering of various forms of Celtic art, testament to the skill of the medieval sculptor.

However the eighth century St Martin’s Cross, decorated with scenes from the Bible, which is still complete and in its original position is the best of what Celtic art expert Françoise Henry described as, “A turbulent and restless art…”

Viking Raids on the Isle of Iona

At the end of the eighth century the Isle of Iona suffered the first of many Viking raids. In 806, seeing monasteries as soft and wealthy targets, they returned, killing 68 monks at Martyrs Bay before burning Columba’s original monastery. 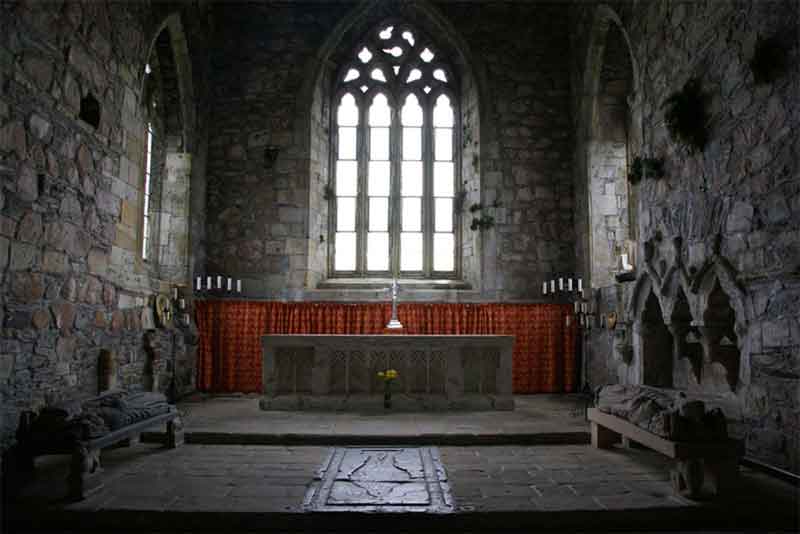 By 825 after the murder of Blathmac a senior monk who died protecting Columba’s relics, the monastery’s position became untenable and was virtually abandoned.

Consequently during the ninth century, the valuable Columban relics kept on Iona were dispersed to Dunkeld in Perthshire and Kells in Ireland for safekeeping.

By the tenth century the island’s power was growing again, many Norsemen were converting to Christianity and marrying within the local population.   Building work had restarted; most notably the little chapel of St Oran constructed as a family burial chapel probably by Somerled, King of the Isles the man responsible for breaking the Norse domination of Western Scotland.

A much-restored St Oran’s Chapel, set within a walled graveyard, is the island’s oldest building. The graveyard, Relig Odhráin, was the final resting place for the kings of Dalriada and later some of the kings of Scotland. A survey carried out in the mid sixteenth century revealed not only the gravestones of Dalriadan and Scottish kings but Irish and Norwegian too.

Monastic life on Iona came to an end during the upheavals of the Protestant Reformation of 1560. Although briefly restored as the Cathedral of the Isles by Charles I in 1630, the subsequent abolishment of bishops in the Scottish kirk brought down the final curtain. 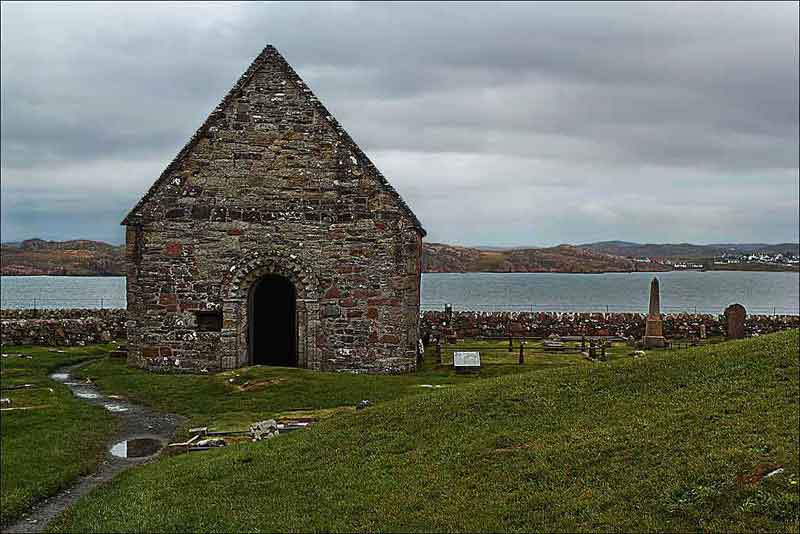 In 1874 the 8th Duke of Argyll commissioned an architect to oversee restoration work on the abbey ruins. In 1899 ownership of the abbey along with the nunnery and Relig Odhráin was transferred to the Iona Cathedral Trust which under the direction of P. MacGregor Chalmers continued the restoration work.

The Iona Community an organisation founded in 1938 is now the driving force behind much of Island life. The vision for this unique ecumenical community came from George McLeod a minister based in the Govan district of Glasgow.

Acutely aware of the grinding poverty in his dockland’s parish he took unemployed skilled craftsmen and a number of trainee clergy from Glasgow’s industrial grime to the wild beauty of the inner Hebrides; their mission to continue the rebuilding process of the medieval abbey and monastic quarters.

Iona Abbey, now managed by Historic Environment Scotland, is still a place for worship and attracts many thousands of visitors to its shores each year. Its Abbey and MacLeod centres allow guests to stay and take part in a number of activities offered by the Iona Community.