Dunnottar Castle: once home to the Earls Marischal

In 1297, William Wallace recaptured the castle from an English garrison. 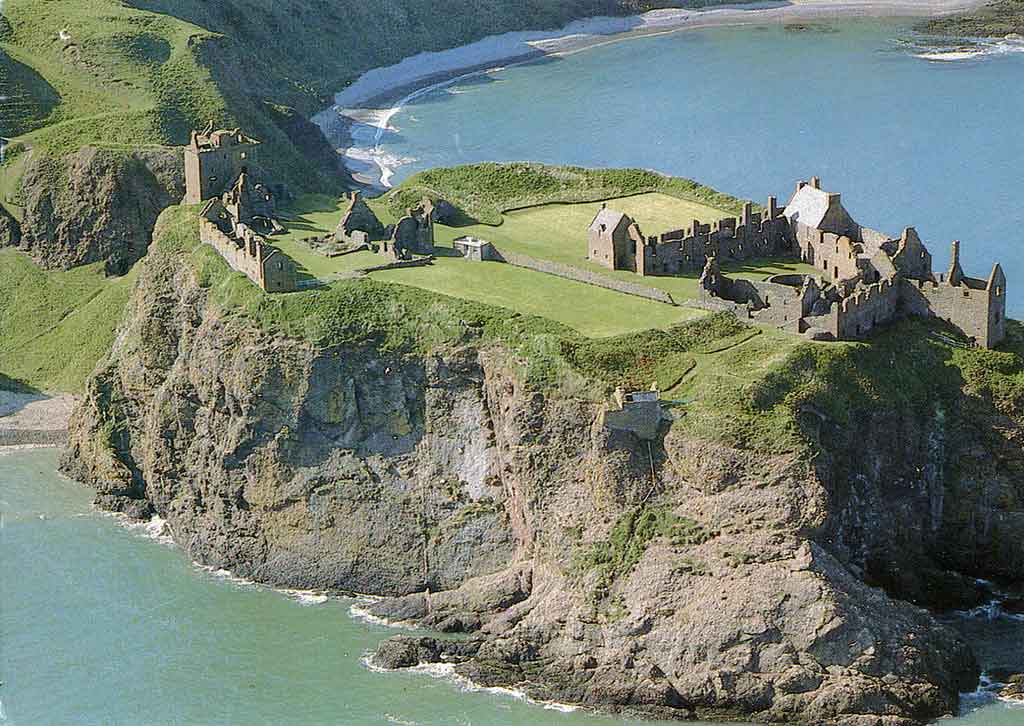 Dunnottar Castle, that “magnificent curiosity” lies close to the town of Stonehaven on Scotland’s north-east coast. It stands proudly “on top of a stupendous insulated plum-pudding rock, in shape like an inverted tub and standing half in half out of the sea, said Robert Chambers, Picture of Scotland (1828).

Much of the castle’s troubled history is centred on the medieval and later periods but if you peel back the covers for a more intimate examination there are glimpses of a much earlier occupation.

During the early 5th century St Ninian, recognised as Scotland’s first saint, established a small chapel on the rock. Although its existence is acknowledged by the Royal Commission on the Ancient and Historical Monuments of Scotland (RCAHMS) little is known about it. No written references from the time St Ninian lived have been found so what little is known about him came from information scribed after his death, much of it from the Venerable Bede an Anglo-Saxon monk, theologian and historian.

The Annals of Ulster, so often a source of early information, offers frustratingly brief details of Dunnottar in 681 and 694 recording only “Obesession dun Foither” – a siege at Dunnottar. The events of the earlier date may refer to an attack by Pictish king Bridei (Brude).

Although information is again sketchy Dunnottar may be the site of a battle, in 900, between King Donald II, son of Constantine I, and the Vikings led by Sigurd the Mighty. That Donald was subsequently buried in the graveyard at St Oran’s Chapel on the Island of Iona is a matter of record, whether he was killed at Dunnottar remains a matter of debate. 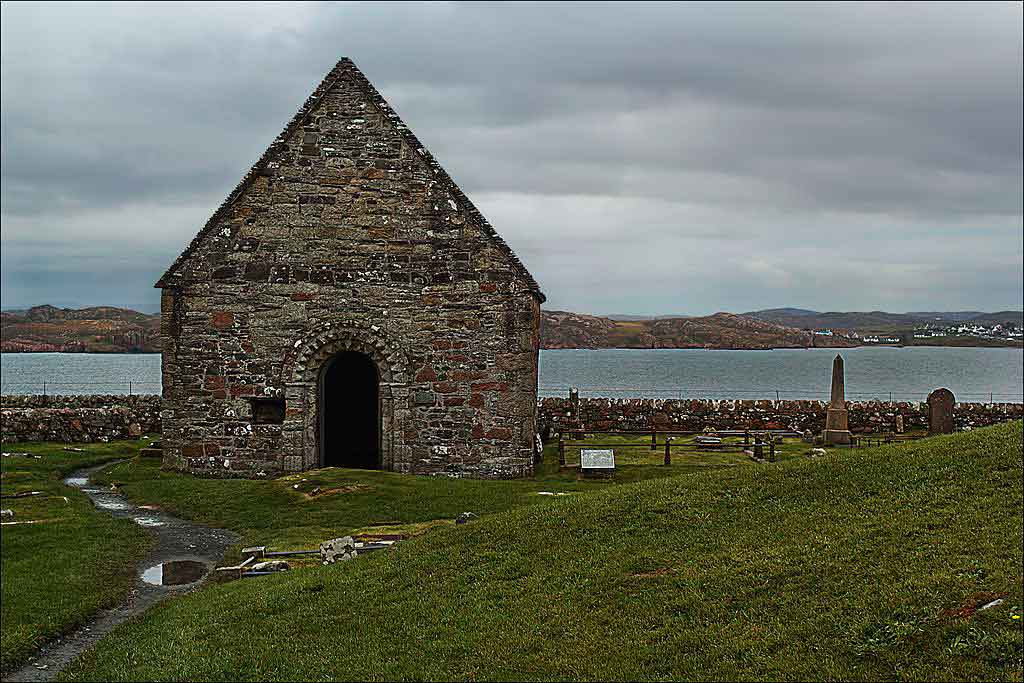 As Scotland slowly developed, a new powerful kingdom to the south was flexing its muscles. Led by Anglo-Saxon king Athelstan, grandson of Alfred the Great, Angle Land, later England, would prove to be Scotland’s greatest enemy. Athelstan defeated the Vikings of Northumbria and moved north determined to add new territories to his kingdom.

Constantine, recognising the power of Athelstan’s army, was faced with a difficult decision, meet him in battle and risk defeat or surrender the kingship of Scotland. He chose instead to take refuge in the great, impregnable fortress at Dunnottar. The ensuing siege of 934 led not to military victory by Athelstan but agreement from Constantine that as King of Scotland he would acknowledge the Anglo-Saxon king as overlord.

Constantine’s decision was almost certainly a matter of survival as subservience was not his style. He subsequently refused to yield to Athelstan’s will, instead negotiating an uneasy peace with the Vikings, forming other alliances and building his army before engaging him in battle in 937.

Brunanburh, in north-west England, was the greatest of all Dark Age battles and the outcome, victory for Athelstan, was a defining point in Britain’s history. Although England’s king was victorious, the resistance of the northern alliance had brought to an end his hope of adding Scotland to his kingdom.

By 1276, the community at Dunnottar had embraced Catholicism. According to 15th century poet Blind Harry a new stone chapel was dedicated to St Ninian although in just over two decades it was gone again. 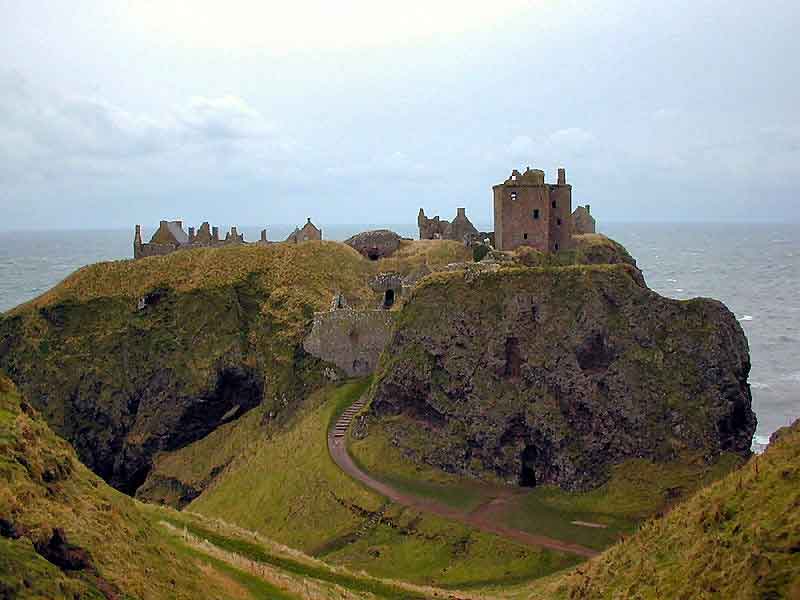 Within a year however the castle was back in Scottish hands after William Wallace took it back, burning the castle with the English garrison inside.

It is this event that Blind Harry captured years later in his epic poem, The Wallace scribed c. 1471-79. Although Harry claimed his writing is based on a previously written eye-witness account by Wallace’s chaplain John Blair, no such text has ever been found. However it is clear that the work was ‘influenced’ by a 14th century biography of Robert Bruce.

Dunnottar changed hands twice in 1336 as Edward III began the process of rebuilding during his campaign in Scotland. It was later retaken by the Scottish Regent Sir Andrew Murray.

The castle was the home, over many years to the Keith family one of Scotland’s most influential. In 1455, Sir William Keith, was raised, by James II, to the rank of 1st Earl Marischal one of the trio of great offices of state. The duties, many of them ceremonial, included service as custodian of the Regalia of Scotland and the protection of the king when he attended parliament.

In 1645, William Keith the 7th Earl Marischal, in a time when Royalist loyalties ebbed and flowed, took refuge with 16 Covenanting ministers of the kirk in Dunnottar Castle. The castle’s sturdy defences provided a safe haven as James Graham, the Marquis of Montrose, during a hard fought but ultimately short-lived campaign to support the Royalist cause, burned the outlying properties and the nearby town of Stonehaven.

Following the execution of Charles I in 1649, England with Oliver Cromwell growing in authority, was declared a Commonwealth with the House of Commons as the supreme authority. The Scots however were angry at the king’s death and invited his son (Charles II) to be king of Scotland.

In June 1650, Charles II arrived in Scotland and a furious Cromwell moved north to engage him. Despite the Scots’ superiority of numbers Cromwell defeated them at the Battle of Dunbar in the September of 1650. Writer and historian Lady Antonia Fraser said, “Dunbar was Cromwell’s day and its victory the greatest of a great career.”

Charles was hurriedly crowned king at Scone in January 1651 (the last coronation in Scotland) and Cromwell, after failing to put a stop to it, pledged to destroy the Scottish Regalia, a despised symbol of royal authority.

In a bid to deprive Cromwell of his prize, the order was given, at a Parliament of 6 June, to take the Scottish Regalia: crown sceptre and sword to Dunnottar Castle for safety. Inevitably the New Model Army followed.

Meanwhile Charles, at the head of a Scottish army, marched south but was defeated by Cromwell at the Battle of Worcester. He fled to France not to return until the Restoration of the monarchy in 1660. 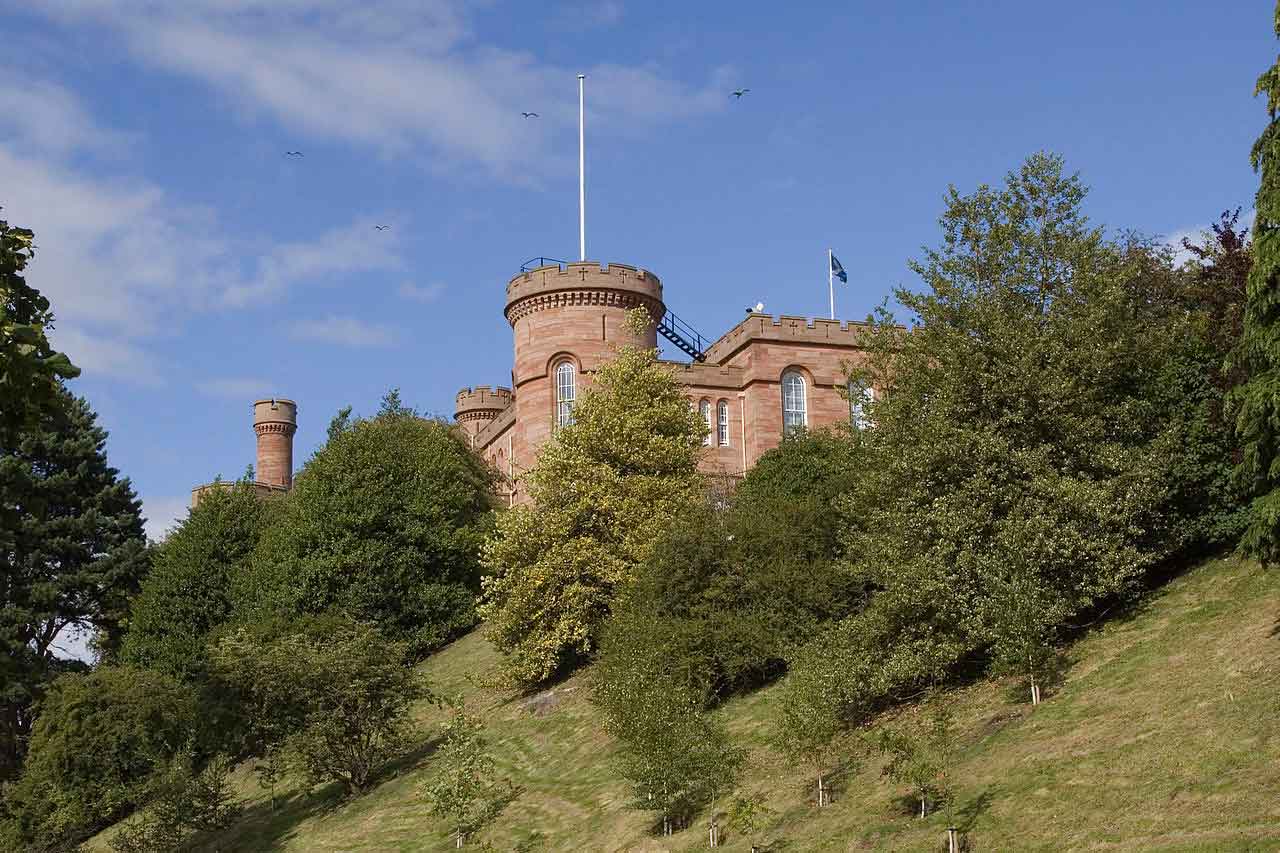 By September, Cromwell’s army under General Monk had stormed Dundee and December saw Parliamentary forces entering Inverness, boasting it was, “Further than Julius Caesar or any invader before ever went in Scotland.”

At Dunnottar Castle, facing the might of a Parliamentarian army, determined to seize the Regalia, was a small contingent; some sources say 100 men, others only “40 men, a lieutenant and two sergeants.” In command was Sir George Ogilvy of Barras, Lieutenant-Governor of the castle.

The story of the Regalia’s subsequent removal from the castle during the long siege and burial at nearby Kinneff Church is, on closer examination, a complex one.

James Granger later said, “For the crown and sceptre I raised the pavement stone just before the pulpit, in the night tyme, and digged it under one hole and laid down stone just as it was before…“ The sword was hidden at the west end of the church. At the Restoration the Honours were returned to Edinburgh Castle.

Respected academic Dr Elizabeth Baigent of Oxford University looked at the event in some detail in an attempt to add some clarity, following the Restoration, to the claims, counter claims and feuding between the protagonists involved as to who did what to save the Regalia from Cromwell’s army.

Dunnottar Castle and the Covenanter prisoners

Dunnottar Castle will be forever associated with the terrible treatment of 122 male and 45 female Covenanters seized and imprisoned in the early summer of 1685 during a rebellion by the Earl of Argyll against the newly crowned James VII (II).

Conditions for the unfortunate prisoners were grim. Forced into cramped, filthy cells there was barely enough room to sit down.

When, later in the year, the danger to the crown eased the prisoners were offered their freedom providing they took the required Oath of Allegiance. Only 30 men and women did so, the others who refused were banished to the American colonies. George Keith, the tenth and last Earl Marischal and supporter of James VII forfeited his title and properties following the Jacobite rebellion of 1715.

Although the earl’s misfortunes in Scotland meant his departure from the grey walls of Dunnottar and exile in Europe it certainly didn’t mean obscurity. Keith, who Karina Williamson in the Scottish Literary Journal called, “that genial old Jacobite” became a travelling companion of James Boswell on his continental tour. Consequently much of that part of his life was ably captured by Boswell.

As life changed for the last Earl Marischal, life at Dunnottar changed too, it became quieter, no longer that imposing symbol of power.

Dunnottar Castle is the perfect day trip from Edinburgh.

For information on opening hours, cost of entry and other tips to help you plan your visit, go to the Smailholm official castle website.