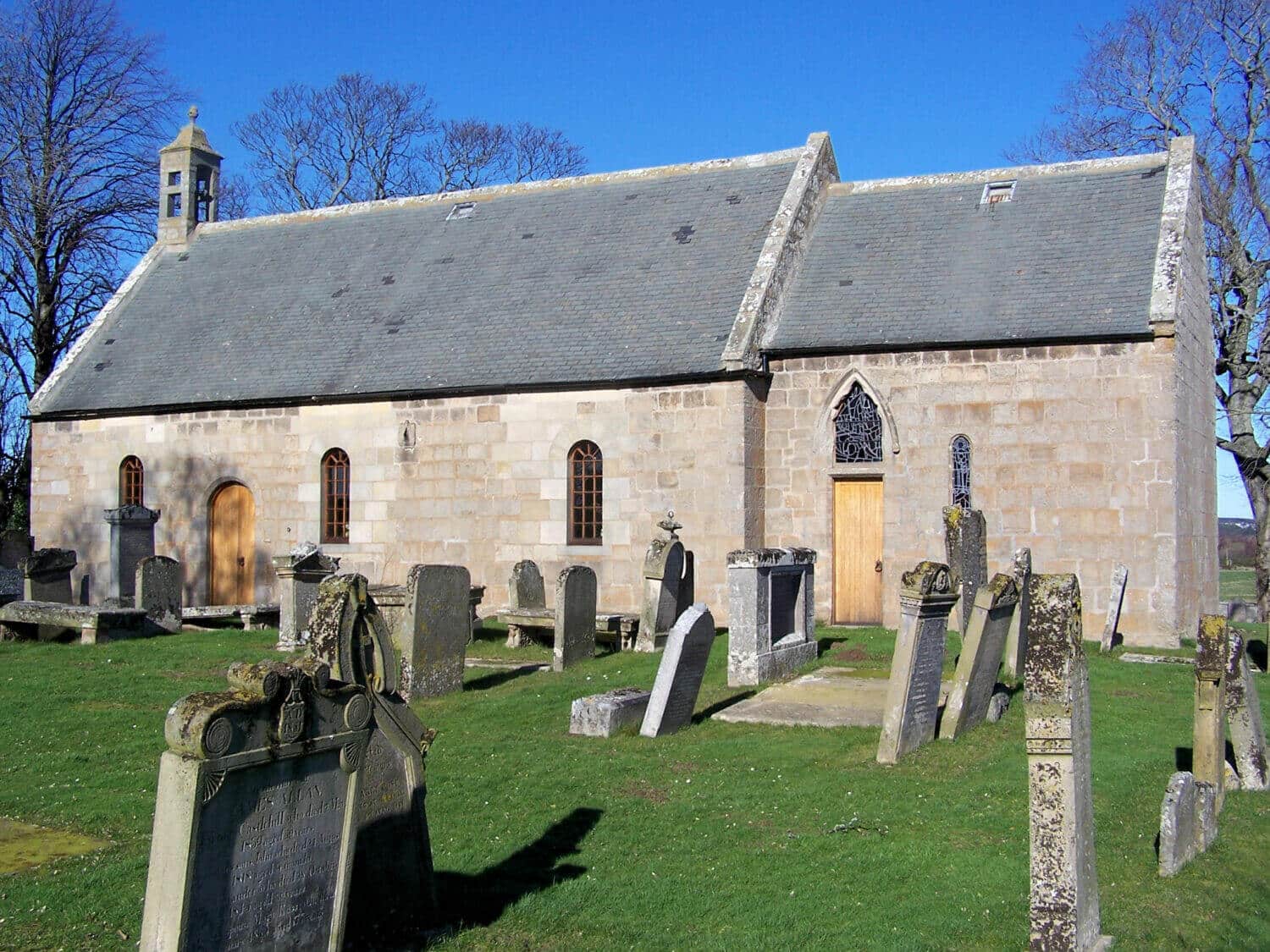 King Macbeth (Macbethad mac Findlaech of Moray) was King of Alba from August 1040 to August 1057. He was born C. 1005 in the reign of Malcolm II, King of Alba; his father Findlaech mac Ruaidri, Mormaer (great steward) of Moray, controlled territory around the Great Glen. His mother may have been Donada, daughter of Malcolm II,

Whatever William Shakespeare’s motivation for writing  his ‘Scottish play’ as he did, It is also almost certainly the case that the real King Macbeth continues to be mistaken by some as a literary character and not a living person.

The Annals of Ulster record that, “Findlaech son of Ruaidri, was King of Alba, a man killed by his own people.” The description of Findlaech as king has suggested to some historians that Moray was a separate kingdom to Alba or had ambition to challenge Malcolm II for the throne.

The account of his death also recorded in the Annals of Tigernach, an Irish chronicle, goes further by reporting he was, “killed by the sons of his brother Mael Brigte.” Findlaech’s sons were Gilla Comgain and Malcolm, cousins of Macbeth.

After Malcolm’s death around 1029, Gilla Comgain became Mormaer of Moray.

Macbeth, probably in a bid to enhance a future claim to the throne of Alba, took Gilla Comgain’s widow Gruoch as his own wife. She was the daughter of Boite who in turn was the son of Kenneth III who ruled Alba between c. 997 and 1005.  Her young son Lulach mac Gilla Comgain became his stepson.

These important but rather tangled events strengthened his claim to the throne and poured further cold water on Shakespeare’s portrayal of him as a usurper.

Only a little is known about Gruoch but enough to dismiss any direct comparison with the scheming and ambitious Lady Macbeth, a central character in the Shakespearean tragedy.

Evidence that the king made generous provision for the church comes from a record relating to the Céli Dé foundation of St Serf, a Culdee community, on an island in Loch Leven.

Gruoch, named Regina Scotorum (Queen of Scots) is also associated with this grant; it’s an unusual event in this period of history.

At the time of Macbeth’s birth, the north of Britain included a number of diverse ethnic groups with the Vikings to the north and west and the Angles, Britons and others to the south.

His domain was Alba, a Celtic kingdom which emerged from the struggles of Pictland and Dal Riata around 900 to form the heart of what we call Scotland today. The kingdom had fluid borders as power shifted between neighbouring dynasties.

Ted Cowan, Professor of History at the University of Glasgow called the 11th century a period of transition.

There are a limited number of sources for the life of Macbeth: annals and poetry scribed in the 11th and 12th centuries, also the Icelandic sagas, most notably says Ted Cowan, the Orkneyinga Saga which sheds considerable light on the topic in question.”

Thirdly, according to Cowan there are, “Accounts preserved by native Scottish medieval chroniclers and historians, the men responsible for transmitting the legend of Macbeth.  You can also add to this meagre supply the fragmentary records of donations and land grants.”

Certainly this third source would include John of Fordun (d. c.1384) who labels the king a usurper, murderer and tyrant, it’s here that MacDuff, the fictional Thane of Fife first makes an appearance.

Writing in his Orygynale Cronykil of Scotland Andrew Wyntoun (?1350-?1420) in the words of Taylor and Murray, On the Trail of the Real Macbeth “Moved the creative elaboration a stage further,” casting him as the son of the devil and murderer of Duncan.

Enter Hector Boece (1465-1536) a man accused of mixing historical fact with myth. The National Library of Scotland describes his work Scotorum Historiae as, “One of the cornerstones of early Scottish history.”

It almost certainly provided the inspiration for Shakespeare’s character Banquo as the Thane of Lochaber and the portrayal of Lady Macbeth as a power hungry queen who persuaded her husband to murder King Duncan in his bed.

The death of Malcolm II in 1034, a monarch described by Richard Oram as, “The master practitioner of single-minded ruthlessness,” brought his grandson Duncan, to the throne.

Malcolm’s long reign, 1005-1034 was a time of territorial expansion for Alba, coupled with the business of political alliance, in particular with the Viking, Sigurd of Orkney.

It is however his victory over the Northumbrians at the Battle of Carham, c. 1018 and his annexation of large swathes of territory south of the River Forth that helped to create the Scotland we know today.  Historian Alex Woolf said, “Without Carham there would be no Scotland.”

It was expected that Duncan would flex his military muscles, his first target was Thorfinn and the Viking lands of Orkney.

Whether Duncan overestimated his own abilities or underestimated Thorfinn’s is less important than the damage to his reputation that defeat caused.

His attack on the Northumbrian town of Durham in early 1040 again brought heavy defeat and increasing unrest in Alba.

Duncan and Macbeth in battle

It was the need to restore order at home that brought Duncan and Macbeth together in battle at Pitgaveny near Elgin.  The result, as they say is history and Duncan’s death brought his rival to the throne.

However, returning to Gruoch’s reputation, Clancy and Crawford argue that it was, “not far from the truth to allow Macbeth’s wife close involvement in Donnchad’s [Duncan} demise, and thus give Shakespeare’s dramatic creation some credibility.”

King Macbeth and Pilgrimage to Rome

Macbeth became the first recorded King of Alba to make a pilgrimage to the holy city of Rome.

“The King of Scots, Macbeth, scattered silver like seed to the poor in Rome.”

Although there is no record of any such agreement the fact that Alba remained peaceful in the king’s absence meant such an arrangement was not beyond the bounds of possibility.

Whatever the travel details, the king’s journey to the Eternal City does point to Alba as a relatively settled kingdom, one stable enough to function without its king for a time.

The only known contemporary source for the king’s pilgrimage to Rome was Irish monk Marianus Scotus who wrote the rather grandly titled, Chronicle of World History c. 1073.   An entry notes, “The King of Scots, Macbeth, scattered silver like seed to the poor in Rome.”

In 1054, at Dunsinane Hill near Scone in modern Perthshire, the king was defeated by a force led by Siward of Northumbria and the exiled Malcolm, son of Duncan, a man with an eye on the throne and revenge for the death of his father. His defeat allowed Malcolm to annex the southern half of Alba.

King Macbeth of Alba’s death at the Battle of Lumphanan, a site which lies about 25 miles from modern Aberdeen, brought his long reign to a close.

His stepson Lulach reigned for less than a year before Malcolm III (Canmore) became King of Alba and reigned from 1058-1093.

Shakespeare of course told a different story, with him being killed by MacDuff, Thane of Fife, a fictional character who first appeared in the writing of the aforementioned John of Fordun.

Ted Cowan said of the man “ One of his earliest obituaries described his time as the fertile seasons.

“This is the Celtic way of saying that there was good food and the people were happy.”

Some of the ancient Highland clans looked to King Macbeth as the last great Celtic ruler in Scotland.”

Where is King Macbeth buried?

His remains now lie peacefully on the Island of Iona, in the burial ground of the Reilig Òdhrain, close to some of the other great kings of Dal Riata and Alba.

For information on opening hours, cost of entry and other tips to help you plan your visit, go to the Iona Abbey website.