Home » Things to do in Edinburgh » Holyrood Park 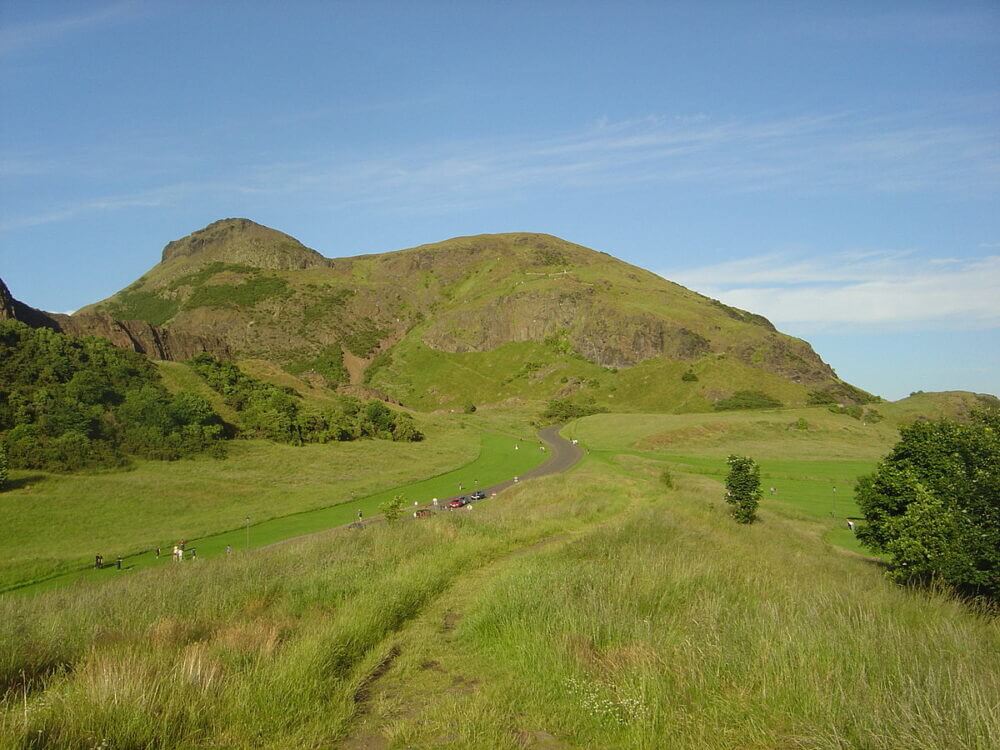 Holyrood Park, Edinburgh lies to the south of the royal Palace of Holyroodhouse, close to the Scottish Parliament at the eastern end of the Royal Mile. The park, all 640 acres of it, is one of Edinburgh’s most impressive open spaces.

What to see and do in Holyrood Park

Today managed by Historic Environment Scotland (HES), Holyrood Park is designated, a Scheduled Ancient Monument and because of its diverse flora and geology, a Site of Special Scientific Interest. Add to that some of the significant archaeological finds which include: stone and flint tools from the 5th millennium BC and Bronze Age weapons and you have a very special place.  All this lies at the heart of the Scottish capital.

However for many today Holyrood Park is a place of recreation as it was for centuries before.  Thanks to its proximity to the Palace of Holyroodhouse, kings and queens have used the park as a, “royal pleasure ground.” David I, James IV, James V and Mary Queen of Scots all took advantage of this unique space.

King David I is associated with the intriguing story of the ‘Holy Rood’. When hunting in the park he was thrown from his horse when he met a large stag. As he fell he grabbed a cross (Holy Rood) said to have appeared between the stag’s antlers. His experience prompted him in 1128 to set up an Augustinian monastery (Holyrood Abbey) on the site.

Queen Victoria and her husband Prince Albert were especially fond of the park and helped shape the landscape that we see today. They were, for example responsible for the drainage projects which created both St Margaret’s Loch and Dunsapie Loch.

Although details are sketchy, St Anthony’s Chapel still visible in the park’s central area was probably associated with the monks of Kelso Abbey.  However there are some records which suggest that in 1426 the Pope gave money for repairs to the chapel.  Like Holyrood Abbey the chapel fell into disrepair during the Reformation of 1560.

Surrounding the park are Salisbury Crags and Arthur’s Seat, which rises to over 800 feet. Both popular places for walkers they allow amazing views over the city.  Care should be taken when walking on Salisbury Crags, there are some nasty drops to avoid.

Today the park is used for a variety of sporting and Edinburgh Festival related events along with other public ceremonial occasions. A ranger service offers walks, tours and other visitor services.